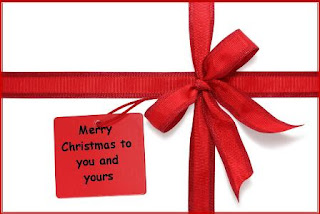 It's official - Winter has arrived. Wishing you a Very Merry Christmas, Happy Hanukkah, Los Posadas or Happy Winter solstice. Which also means it is time for our year end wrap up. This year went by way too fast in my opinion, was a bit more stressful than normal and I'm ready to relax for the next couple weeks, getting cozy on the couch with some good books. I'm looking forward to seeing everyone's year end list of reads, which is sure to expand our wish lists and cause our already teetering TBR piles to grow exponentially.


To round out the rest of the year, we'll be having a winter read-along,  reading all those books with winter in the title or set in the season of winter.  Which works quite well if you are still reading books set in the Antarctic for the Continental Challenge.  Join me in reading Mark Helprin's Winter's Tale.

Thank you to everyone who joined me in this reading journey this year and congratulations!  Reading to me is as necessary as breathing. It doesn't matter how fast or how slow you read or whether you are reading classics or contemporary books, the most important thing about the whole challenge is reading. I'm happy to have shared the experience with all of you.  I'm looking forward to hearing about everyone's reading year and to more fun in the coming new year.

Email ThisBlogThis!Share to TwitterShare to FacebookShare to Pinterest
Labels: 2013 52 Books in 52 Weeks, Year End Wrap Up

No, you aren't going crazy. There are actually 2 1/2 weeks left to the year and week 52 will be a long one since I didn't include the last 1/2 week in my count.  You may have noticed I posted the information for the 2014 challenge and the I'm participating thread below this post. I've been brainstorming with the gals over on Well Trained Mind forums and came up with a list of readalongs and monthly themes.  Hopefully everyone will enjoy all, some or a few of the things planned for the coming new year. I know some folks like to plan ahead so here's what I have so far:

Now mixed in with all those things, we have a geography Challenge and a decades challenge, so my plan is to try to tie those things in. Such as with Murakami readalong, also read other authors or books from Japan; for Prudhomme, turn it into an all things french month and visit different decades.  That's the plan, but who knows how it will really work out.  Because you know those rabbit trails that pop up while you are reading? They kind of send you off on side trips and before you know it, you started off in France but end up reading about the scientific theory of Gnomes.

Speaking of Gnomes, since next Saturday, the 21st is the first day of Winter, I'll be following a winter theme and be reading Mark Helprin's Winter's Tale, followed by Susanna kersley's  Winter Sea.  So join me in all things winter for the remainder of the year.


For those anxious about what the wrap up questions will be, check out the list from last year to get started.

Are you ready for another round of Reading 52 books in 52 Weeks? Whether you are just joining in or continuing on for another round, the rules are very simple. The goal is to read one book (at least) a week for 52 weeks. Make the year easy and casual or kick it up by exploring new to you authors and genres. Challenge yourself to read at least some classics or delve into that chunkster (more than 500 pages) you always wanted to tackle. Do you have books gathering dust on the shelves just waiting to be read? Then now is the time. The goal is to read 52 books. How you get there is up to you.

I have included several mini challenges to make it fun:

Read Around the World:  You can read books set in and/or written by an author of a different country each week.  You can hang out in one country, exploring their history and culture or strike out across the world, mixing and mingling.  It's entirely up to you how fast and how far and how many books you want to read.  Have fun exploring!

Dusty Mini challenge: Limit buying new books for 1 - 4 months and read 4 to 12 or more books gathering dust on your shelves prior to 2013.

Email ThisBlogThis!Share to TwitterShare to FacebookShare to Pinterest
Labels: 2014 52 books in 52 weeks

Email ThisBlogThis!Share to TwitterShare to FacebookShare to Pinterest
Labels: 2014 52 books in 52 weeks

In 2010, I took a Nobel Literature class and thoroughly enjoyed it. Although it was a lot of work, I read several books that probably normally would never have considered reading including Jean Paul Sartre's Nausea, Thomas Mann's Magic Mountain, Gabriel Garcia
Marquez's One Hundred Years of Solitude,and Kenzaburo Oe's The Silent Cry.  After reading these books, it made me want to read more selections from the literature prize list. Since then, I've read one or two authors from the list each year.

The history behind the Nobel Prize for literature is quite interesting and well worth perusing when you have the time.  Alfred Nobel was Swedish and when he died, he requested the bulk of his fortune be used to establish a prize which would be divided in 5 equal parts.

Excerpt from his will:

"The whole of my remaining realizable estate shall be dealt with in the following way: the capital, invested in safe securities by my executors, shall constitute a fund, the interest on which shall be annually distributed in the form of prizes to those who, during the preceding year, shall have conferred the greatest benefit on mankind. The said interest shall be divided into five equal parts, which shall be apportioned as follows:


one part to the person who shall have made the most important discovery or invention within the field of physics;

one part to the person who shall have made the most important chemical discovery or improvement;

one part to the person who shall have made the most important discovery within the domain of physiology or medicine;

one part to the person who shall have produced in the field of literature the most outstanding work in an ideal direction;

and one part to the person who shall have done the most or the best work for fraternity between nations, for the abolition or reduction of standing armies and for the holding and promotion of peace congresses.

The prizes for physics and chemistry shall be awarded by the Swedish Academy of Sciences; that for physiology or medical works by the Karolinska Institute in Stockholm; that for literature by the Academy in Stockholm, and that for champions of peace by a committee of five persons to be elected by the Norwegian Storting. It is my express wish that in awarding the prizes no consideration be given to the nationality of the candidates, but that the most worthy shall receive the prize, whether he be Scandinavian or not."

He also specified who would be responsible for selecting the noble laureates and for literature, the responsibility was given to the Swedish Academy.  A big question has always been how do you get nominated.   Well, an author cannot nominate himself.   He must be nominated by what the Academy considers a qualified person.  Who is qualified?

Then the academy gleans through the candidates, eventually narrows down the nominations to a select few, reads their works and decides whom will win the prize.   The members of the Academy don't always agree and it seems there have been some controversial and what some consider politically motivated awards handed out to writers.  Plus there has been controversy regarding some of the authors who haven't won, whom some considered better qualified.  And then you have some authors who didn't want to accept the prize because they considered it the death of their career.

And you have a group of 18 people who are interpreting Nobel's words "the person who shall have produced in the field of literature the most outstanding work in an ideal direction."   It depends entirely on their definition of ideal.   The members of the academy are a diverse group of linguists, literary scholars and historians.

My main thought while reading all this was where did the money come from. Was Alfred Nobel independently wealthy, did he inherit the money himself, where did all this money come from that is being used to fund the prize?   Long story short, in 1867 he invented Dynamite.  He had factories and laboratories in over 90 places in 20 different countries.  He had initially created dynamite to be used for mining and because it ended up being used for purposes he never intended, he created the Nobel Prize.


The Nobel Prize Winners in Literature

Which Nobel prize winners have you read?

If you haven't yet, that's okay. I'll be adding Nobel Prize for Literature as one of the main mini challenges for 2014. 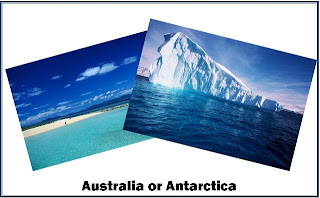 We are heading into the last month of the year and if you've been doing the continental, there are two continents left.  I have been debating between being adventuresome and heading up into the cold, windy antarctic or being lazy and hanging out on the warm, sunny beaches of Australia. Call me crazy, but I am going to be adventuresome.  Currently in my backpack is An Antarctic Mystery by Jules Verne.  We'll see what I pick up along the way.

Meanwhile, check out the links above to Australia Adventure or Chillin in the Antarctic. Plus,  Rosie, our resident expert on Australia had a few suggestions:

Anything by Nevil Shute

Bryce Courtenay wrote a lot of Australian novels. They make me want to jab myself in the eye, most of them, but maybe they'd be more appreciated by non-Australians. He's responsible for getting a lot of boys reading, though.


Garth Nix's trilogy- Sabriel, Lirael and Abhorsen for those who like fantasy
You could always download The Magic Pudding off Librivox. A children's classic, that one.


We of the Never-Never


For teen fiction- The Silver Brumby (There's a whole series)