If you don't have a blog, tell us about the books you are reading in the comment section of this post.
Posted by Robin M 4 comments:

The clock is ticking down to National Novel Writing Month and writing 50,000 words in 30 days.  Crazy idea that I discovered back in 2007 and have participated in ever since.  It's stressful, time consuming and wild, but fun as you create a story while ignoring your inner editor as well as household duties and other activities for 30 days.  It helps if you have understanding family members who are aware all your energy is going to be taken up with writing.   I had thought of bypassing the whole challenge this year but between my husband encouraging to join in again and a wonderful idea that's been growing by leaps and bounds, I decided to do it once again.  Guess it is turning into an annual thing.
The goal is to simply write and hopefully by the end of the month, you have the makings of an interesting story.  Of course it will need loads of editing, but that's all part of the writing process.   Plus the process of sitting down and writing at least 1667 words a day forms a habit so by the end of the month, if you aren't already in the habit of writing everyday, it will have become a habit.  So, just to let you know if November's Sunday posts are a bit short or perhaps wacky, you'll know the reason why.
There are lots of writers who are pantsters who basically just write, fly the seat of their pants and make things up as they go, without any planning.  Then there are the plotters - those who outline, create character sketches, and map out their stories.  I lean more toward plotting, than pantster.  This year I found a great  book to help me out -  K.M. Weiland's Outlining Your Novel: Map Your Way to Success which is available in both book and ebook format.   It is chock full of useful information and highly recommend it. There are several authors out there in the blogosphere who are very encouraging when it comes to NaNoWriMo and  have been posting tips on their websites.
Larry Brooks who wrote Story Engineering:  Mastering The Six Core Competencies of Successful Writing as well as several fiction novels has come up with 31 Empowering Posts in 31 Days.
Alexandra Sokoloff, who writes spooky, scary mystery thrillers which I really enjoy as well as Screenwriting Tricks for Authors has come up with a series of great articles which are immensely helpful.
And if you are wondering if anything good comes out of this craziness, here is a link to a list of authors who have had books published which they started during nano.  Maybe I'll be on that list in a few years.  *grin*
Anyone else joining in on Nanowrimo this year?
****************************************************************
Link to your most current read. Please link to your specific book review post and not your general blog link. In the Your Name field, type in your name and the name of the book in parenthesis. In the Your URL field leave a link to your specific post. If you have multiple reviews, then type in (multi) after your name and link to your general blog url.

We did a bit of futuristic armchair traveling with J.D. Robb aka Nora Roberts who introduced us to a futuristic new york in her In Death series.  Let's do a bit of historical fiction traveling in old New York.  I found a series of mystery books and authors that  haven't read yet thanks to Bookmarks Magazine.
B&N Synopsis:  "The story opens in 1906 in New Rochelle, New York, at the home of an affluent American family. One lazy Sunday afternoon, the famous escape artist Harry Houdini swerves his car into a telephone pole outside their house. And almost magically, the line between fantasy and historical fact, between real and imaginary characters, disappears. Henry Ford, Emma Goldman, J. P. Morgan, Evelyn Nesbit, Sigmund Freud, and Emiliano Zapata slip in and out of the tale, crossing paths with Doctorow's imagined family and other fictional characters, including an immigrant peddler and a ragtime musician from Harlem whose insistence on a point of justice drives him to revolutionary violence."

B&N Synopsis:  "Sleep. And when you awake everything you know of the twentieth century will be gone from your mind. Tonight is January 21, 1882. There are no such things as automobiles, no planes, computers, television. 'Nuclear' appears in no dictionary. You have never heard the name Richard Nixon."
Did illustrator Si Morley really step out of his twentieth-century apartment one night -- right into the winter of 1882? The U.S. Government believed it, especially when Si returned with a portfolio of brand-new sketches and tintype photos of a world that no longer existed -- or did it"
Book one in the Molly Murphy Series set in the early 1900's.    Author Synopsis:  Molly Murphy has to flee from Ireland and finds herself in deep trouble on Ellis Island in Murphy's Law.
Victoria Thompson's Gaslight series starting with Murder on Astor Place set in the late 1800's.
B&N Synopsis:  "After a routine delivery, midwife Sarah Brandt visits her patient in a rooming house-and discovers that another boarder, a young girl, has been killed. At the request of Sergeant Frank Malloy, she searches the girl's room, and discovers that the victim is from one of the most prominent families in New York- and the sister of an old friend. The powerful family, fearful of scandal, refuses to permit an investigation. But with Malloy's help, Sarah begins a dangerous quest to bring the killer to justice-before death claims another victim."
******************************************************************
ink to your most current read. Please link to your specific book review post and not your general blog link. In the Your Name field, type in your name and the name of the book in parenthesis. In the Your URL field leave a link to your specific post. If you have multiple reviews, then type in (multi) after your name and link to your general blog url.

If you don't have a blog, tell us about the books you are reading in the comment section of this post.
Posted by Robin M 1 comment:

Happy birthday to my favorite author - the diva of romance and romantic suspense Nora Roberts.   I discovered her books back in 2007 and fell in lurve.  She has written almost 200 novels (complete booklist) including a number of stand alone books as well as series which are all unique and interesting.  She writes the type of stories that make you fall in the love with the characters and makes you want to turn right around and read the book over again, when you are done.  She also write a futuristic crime novel series called the In Death series under  the pseudonym J.D. Robb.  There are 33 books (chronological list)  in the series (which I've read most of them twice) and I just finished the latest New York to Dallas.  And I recently started listening to audio books in the car and am currently listening to Naked In Death which is the very first book in the series. I can sense that listening to the series will keep me busy for quite a while.    Besides being a prolific writer, she and her husband own a bookstore in Maine called Turn the Page and also a historic inn called Inn Boosboro with rooms named after literary characters including Eve and Roark from the In Death series.  She has a new trilogy named after the Inn Boonsboro and the first book is The Next Always being released on November 1st.
Tidbits from her website:
Once you read one of her books, you'll understand why.
Happy Birthday Nora!
******************************************
Link to your most current read. Please link to your specific book review post and not your general blog link. In the Your Name field, type in your name and the name of the book in parenthesis. In the Your URL field leave a link to your specific post. If you have multiple reviews, then type in (multi) after your name and link to your general blog url.
If you don't have a blog, tell us about the books you are reading in the comment section of this post.
Posted by Robin M No comments: 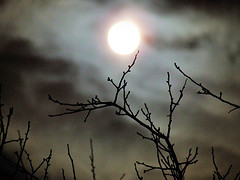 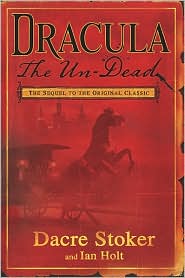 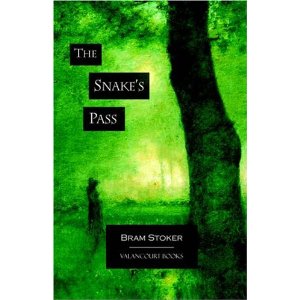