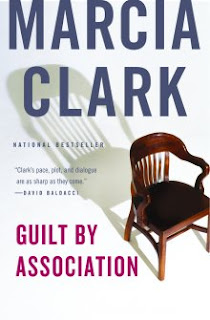 Synopsis: Brilliant and tenacious, DA Rachel Knight lives and breathes her work and disdains office politics—a combustible combination that often gets her into trouble. She is a stalwart member of the elite Special Trials Unit, a small group of handpicked prosecutors that handles the toughest, most sensitive, and most celebrated cases in the Los Angeles District Attorney’s Office.

At the end of a typical ten-hour day, Rachel has her sights set on an ice-cold martini at the Biltmore Hotel, where she lives. But on her way she’s sidetracked by the wail of sirens and the commotion of a crime scene. Cops swarm around a seedy motel, where Rachel is surprised to discover that Jake, a dear friend and fellow prosecutor, has been murdered.

The suspicious and potentially explosive circumstances of Jake’s death are never far from Rachel’s thoughts as she takes on her fallen colleague’s most politically charged case: the mysterious assault on a young woman from an influential L.A. family. Rachel enlists the help of her best friends and partners in crime-fighting—Toni, a fellow Special Trials prosecutor, and Bailey, a tough-as-nails LAPD detective—to covertly undertake her own investigation into Jake’s murder. Rachel’s drive to clear Jake’s name exposes a world of power and violence that will have her risking her reputation—and her life—to find the truth.

A couple years back I went to Bouchercon world mystery convention and one of the panels I attended was the introduction of MULHOLLAND BOOKS, a  new imprint of Little, Brown and Company which is a division of Hachette Book Group. The imprint focuses on suspense novels: crime novels, thrillers, police procedurals, spy stories, even supernatural suspense. The authors included Marcia Clark (what a surprise)  as well as Mark Billingham, Duane Swierczynski, and Sebastian Rotella to name a few. New to me authors that definitely piqued my interest.  Since the imprint began, they've grown a great deal. Their authors now include
The links lead to each author's website.  Mullholland's website is great and also includes original fiction to read including Mark Billingham's original short story, THE WALLS which is available to read or listen to in audio book form. Interested in reading some popcorn fiction - check out the short pulpy fiction stories by various authors.  It'll keep you occupied a while.
Clark has a new novel, a follow up to her first book, Guilt by Degrees which  will be coming out May 8, 2012.  Be sure to check out the site.
This week I'll be attending another mystery convention in my hometown  Left Coast Crime. No doubt I'll discover many new to me authors and will be introducing you to them in the near future.
*********************************************************
Link to your most current read. Please link to your specific book review post and not your general blog link. In the Your Name field, type in your name and the name of the book in parenthesis. In the Your URL field leave a link to your specific post. If you have multiple reviews, then type in (multi) after your name and link to your general blog url.
If you don't have a blog, tell us about the books you are reading in the comment section of this post.
Posted by Robin M 8 comments:

I've been following Jody Hedlund almost since she started her blog and before she published her first novel.   She is a home school mom of 5 kids (including twins) ranging from 5 to 14 and married 20 years to her college sweetheart who is also very supportive of her writing career.  Jody is very wise when it comes to writing and her posts are thought provoking, educational and encouraging.  So when her debut novel "The Preacher's Bride" came out I couldn't wait to read it.
The Preacher's Bride is a historical fiction novel based on the life of John Bunyan (writer of Pilgrim's Progress) and his wife, Elizabeth.  Hedlund took creative license and wrote an story that is so touching and emotional, it catches and pulls you in and won't let you go until the very end.  I wasn't the only one captured by her writing. She won first prize in  Romance Writer's of America Faith Hope and Love's division Inspirational Reader’s Choice Contest.  Check out an excerpt  from the first chapter.
Since then she's written "The Doctor's Lady" which is sitting at the top of my TBR pile calling my name.

"Priscilla White knows she'll never be a wife or mother and feels God's call to the mission field in India. Dr. Eli Ernest is back from Oregon Country only long enough to raise awareness of missions to the natives before heading out West once more. But then Priscilla and Eli both receive news from the mission board: No longer will they send unmarried men and women into the field.


Left scrambling for options, the two realize the other might be the answer to their needs. Priscilla and Eli agree to a partnership, a marriage in name only that will allow them to follow God's leading into the mission field. But as they journey west, this decision will be tested by the hardships of the trip and by the unexpected turnings of their hearts."

She has a new novel coming out in September 2012 "Unending Devotion" which is available for Pre-order on Amazon.

"In 1883 Michigan, Lily Young is on a mission to save her lost sister, or die trying. Heedless of the danger, her searches of logging camps lead her to Harrison and into the sights of Connell McCormick, a man doing his best to add to the hard-earned fortunes of his lumber-baron father.

Posing during the day as a photographer’s assistant, Lily can’t understand why any God-fearing citizen would allow evil to persist and why men like Connell McCormick turn a blind eye to the crime rampant in the town. But Connell is boss-man of three of his father’s lumber camps in the area, and like most of the other men, he’s interested in clearing the pine and earning a profit. He figures as long as he’s living an upright life, that’s what matters.

Lily challenges everything he thought he knew, and together they work not only to save her sister but to put an end to the corruption that’s dominated Harrison for so long."

Get ready: April is read a Russian author month. Since I've already read Tolstoy will be diving into The Brother's Karamazov by Fyodor Dostoevsky.

G.K. Chesterton, English author and critic,  wrote over 80 books, many essays, poems, short stories and a few plays during his lifetime.  He is probably best known for his Father Brown Mysteries and his novel The Man Who Was Thursday.
Since I've over inundated you with book selections the past couple weeks, I'll leave you with an excerpt from the first chapter of The Man Who Was Thursday:

Email ThisBlogThis!Share to TwitterShare to FacebookShare to Pinterest
Labels: 2012 52 Books in 52 Weeks, Authors, G.K. Chesterton, The Man Who Was Thursday

Happy birthday to Gabriel Garcia Marquez, the author best known for his novel "One Hundred Years of Solitude" and popularizing the literary style of  magical realism.  I was first introduced to Marquez's books during a couple literature classes last year. I never did get around to reading any of his books at the time, but have One Hundred Years of Solitude in my TBR pile.  In honor of his birthday, moving it up to the top of the stacks to read as my G author for the A to Z by author challenge.   I've noticed in various novels read lately, they keep referring to Solitude time and time again. Plus Susan Wise Bauer lists it in Well Educated Mind as one of the fiction great reads.   The universe must be trying to tell me something - read his book.  Okay. I'm listening.
Marquez was awarded the Nobel Prize for Literature in 1982: "for his novels and short stories, in which the fantastic and the realistic are combined in a richly composed world of imagination, reflecting a continent's life and conflicts".
He wrote a number of novels and shorts stories including

"This story was written in 1952 as La hojarasca, after visiting his old home in Aracataca and while under the influence of Faulkner and Sophocles. After one publisher’s rejection, a self-critical García Márquez tossed it into a drawer. In 1955, when he was in Central Europe, his friends in Bogotá rescued it and had it published." ~Modern Word

" El coronel no tiene quien le escriba was written in 1956-1957, when García Márquez was broke and unemployed in Paris. Having gone through eleven copies and wearing out a typewriter, he tied it up with a red ribbon and tossed it in his suitcase. Years later in 1961, his friends in Mexico City found it and had it published." ~Modern Word

"Published in 1962 as La mala hora, In Evil Hour is a short novel about a town in the grip of a malicious oppression, a tale told against the background of la violencia and greatly influenced by Hemingway" ~Modern Word

"Published in 1967 as Cien años de solidad, this novel is considered García Márquez’s masterpiece, the breakthrough work that put him on the literary map. It was written in eighteen months of solitude, where García Márquez locked himself into his room with paper and cigarettes, writing day and night while his wife took care of family affairs" ~Modern Word

"Published in 1975 as El otoño del patriarca, this novel is a character study in corruption and tyranny – García Márquez called it “a poem on the solitude of power.” Its focal character is an archetypical South American dictator, a nameless creature whose genius at politics and survival is set off against his profound loneliness and paranoia."~Modern Word

" Published in 1985 as El amor en los tiempos del cólera, much of the inspiration for this novel comes from the strange courtship of the author’s parents." ~Modern Word

" Published in 1989 as El general en su labertino, the subject of this novel is Simón Bolívar, whom García Márquez removes from the mythic prison of history and places into the magical alembic of his transforming prose" ~Modern Word

"Published in 1994 as Del amor y otros demonios, this haunting novel reads like a lost chapter of One Hundred Years of Solitude. Set in a colonial seaport in mythic South America, the novel tells the tale of a strange girl named Sierva María, a girl who may or may not have contracted rabies." ~ Modern Word