BW18: May cruise the Fjords

Time to say goodbye to our grand walking adventures through Iceland and jump on board the good ship May. We are traveling to the Scandinavian Peninsula to  explore Norway, Sweden and Finland as we cruise the Fjords.  We are going to follow in the path of Norwegian authors Karin Fossum and Jo Nesbo as well as explore Scandinavian and Nordic literature.  Check out 11 Books that will make you book a Scandinavian vacation or take a trip back into history through historical fiction or nonfiction.

Our flower of the month is the Lily of the Valley which is the national flower of Finland.  Lilies symbolize humility, purity, and luck. They represent happiness and are supposed to protect gardens from evil. The Lily is also believed to the flower of the fairies and are called fairy ladders in Ireland.  According to biblical legend Mary's tears turned into Lily of the Valley when she cried at the cross, so are also known as Mary's tears.   Historically, King Charles IX was gifted a lily for luck on May 1, 1561, and continued the tradition, handing out flowers to the women of his court.  Royal brides Queen Victoria, Kate Middleton, and Grace Kelly used Lilies for their bridal bouquets.

There are a number of directions to go. For this month's Blossom Bookology challenge, you need only spell out Lily.   Read one book per letter using either the title and/or the first or last name of the author.  Yes, you can mix it up.  You may read a book with the name of the flower, color of the flower in the title, or on the cover.  Another possibility is a book which takes place in the time period or flower's country of origin or has some cultural significance and/or symbolism of the flower.  The choices are unlimited.

The third leg of our Brit Tripping takes us to Ichnield Way and starts  on the Isle of Wight, the famous holiday destination favored by the Victorians including Queen Victoria herself who died on the island.


Link to your reviews. In the Your Name field, type in your name and the name of the book in parenthesis. In the Your URL field paste a link to your post. If you don't have a blog, leave a comment telling us what you have been reading.

The Listeners
by
Walter De La Mare
"Is there anybody there?" said the Traveller,
Knocking on the moonlit door;
And his horse in the silence champed the grass
Of the forest's ferny floor;
And a bird flew up out of the turret,
Above the Traveller's head:
And he smote upon the door again a second time;
"Is there anybody there?" he said.
But no one descended to the Traveller;
No head from the leaf-fringed sill
Leaned over and looked into his grey eyes,
Where he stood perplexed and still.
But only a host of phantom listeners
That dwelt in the lone house then
Stood listening in the quiet of the moonlight
To that voice from the world of men:
Stood thronging the faint moonbeams on the dark stair,
That goes down to the empty hall,
Hearkening in an air stirred and shaken
By the lonely Traveller's call.
And he felt in his heart their strangeness,
Their stillness answering his cry,
While his horse moved, cropping the dark turf,
'Neath the starred and leafy sky;
For he suddenly smote on the door, even
Louder, and lifted his head:--
"Tell them I came, and no one answered,
That I kept my word," he said.
Never the least stir made the listeners,
Though every word he spake
Fell echoing through the shadowiness of the still house
From the one man left awake:
Ay, they heard his foot upon the stirrup,
And the sound of iron on stone,
And how the silence surged softly backward,
When the plunging hoofs were gone.

Link to your reviews. In the Your Name field, type in your name and the name of the book in parenthesis. In the Your URL field paste a link to your post. If you don't have a blog, leave a comment telling us what you have been reading.
Posted by Robin M 2 comments:

Email ThisBlogThis!Share to TwitterShare to FacebookShare to Pinterest
Labels: 2018 52 books in 52 Weeks, Poetry


It's time for a mini challenge and an opportunity to complete the Red Shoe on the Cover category for 52 Books bingo.  Read a book with an image of a red shoe or a pair of red shoes on the cover or with Red Shoe in the title.  You can also mix it up a bit by exploring books with shoes in different shades of red as well. 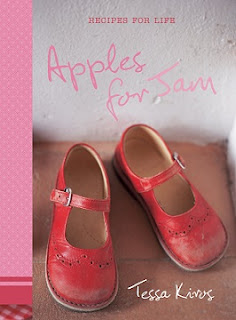 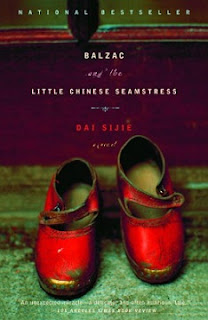 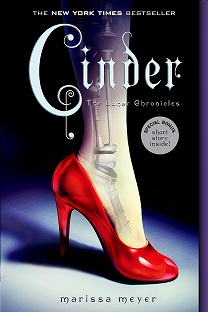 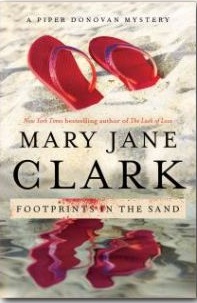 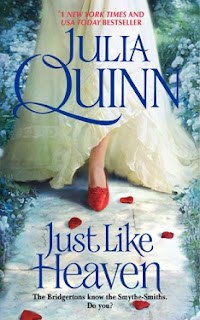 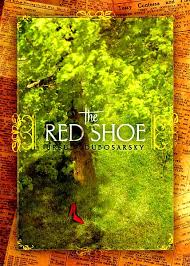 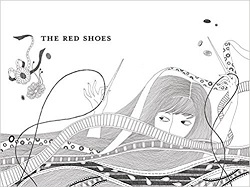 Check out Goodread's selection of Red Shoes as well as Books with one shoe on the cover,   Find out more about the history of red shoes through Australian Ballet's Why So Fascinating, Sassy Bella's The Scarlet Heel, and Tales of Faerie's Red Shoes in fairy tales and history.

For our Brit Trippers, trip on down to Tyne and Wear which is located on the Tyne River and on the North Sea making it historically a large center of shipbuilding for centuries.


In April 1996 the National Poetry Month was established by the Academy of American Poets for the purpose of introducing more people to the pleasures of reading poetry and to appreciate the achievements of American poets.  This year's celebration include the Dear Poet project and invites students to watch the chancellors read a poem, then write a letter in response.  The poster was created by graphic designer Paula Scher.  It celebrates typography and is concrete poetry and evokes Walt Whitman's Leaves of Grass.

Included in the list of 30 ways to celebrate are

Poetry is a way of celebrating and/or processing emotions: from the happy - full of laughter, to the sad - filled with angst, to the mad - fit to burst.  Npr's 2018 Poetry review runs the gamut of emotions with their selection of powerful books of poetry with The Personal is Always Political.

Take a peek at the poets involved in Versefest 2018,  Ottawa’s annual International Festival of Poetry, which took place a couple weeks ago.

We mustn't forget to celebrate English Poets and Poetry as well as other international poets including Icelandic poets such as Vatnsenda-Rósa,  Magnús Sigurðsson or  Gyrðir Elíasson, or  Gerður Kristný.  Don't forget to check out Hello Poetry's selection of Icelandic Poems.

Want to try your hand at translating a poem? Participate (online or personally) in the the poetry translation project - In Other Words - at the 49th Poetry International Festival taking place in Rotterdam on May 29th through June 3rd.

Celebrate poetry with me this month and read a poem or book of poems or read about the life of a poet. Try your hand at writing a poem and try different forms  including  haiku, free verse, sonnet or verse.

What do you see,
When you draw a blank?
Letters, foggy and fuzzy
Roam and flee.

Like butterflies waiting to land.
Do you catch them or wait?
They sit on the tip of your tongue.
On the back of your hand.

Rhythm and rhyme,
Let it be.
Make you see.
Take your time.

Pens bleed
Across the page.
Strokes and symbols
Take on need.

Blank and blind
Thoughts and letters,
Illuminate and illustrate
What comes to mind.

We bid goodbye to March and Ireland as we begin April Backpacking Coast to Coast in Iceland with a grand  Góðan daginn.   We are going to follow in the tracks of our authors of the month - Arnaldur Indriðason and Yrsa Sigurðardóttir - as well as learn about Iceland's bookish history.  Plus spend some time exploring Reykjavik’s bookstores and the National and University Library of Iceland.   Watch and listen to what writers Sjon and Magnason have to say on how Iceland inspires their creativity.

Check out the long list of nominees for the International Dublin Literary Award 2018 as the shortlist will be released on April 4th.  Icelandic Literature Center's From Sagas to Novels talks about how authors have made the world their subject. Get ready for your armchair travels with  What to read before going to Iceland,  books set in Iceland as well as Goodread's long list of Popular Icelandic Authors.

Our flower of the month is part of the Rosaceae family - the Mountain Aven -  which is Iceland's national flower.  Also called the Dryas octopetala.  In Icelandic, the name of this species is both Holtasóley and Hárbrúða.  For this month's Blossom Bookology challenge, you need only spell out AVEN.  If you wish to challenge yourself, you may choose to spell out any of the related words.

For our Brit Trippers, the next leg of our trip runs along Dere Street starting in North Yorkshire. Dere Street runs north towards Scotland and the Romans used it as a travel route for their legions stationed on the borderlands and on Hadrian’s Wall. Lots of things to explore in Yorkshire from the beautiful scenery to animals and authors including James Herriot.