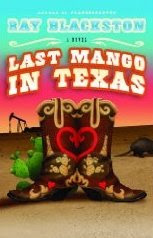 (from the back cover)
Texas Tech student Kyle Mango is attending a fraternity party when he meets Gretchen, an artsy animal lover whose independent spirit sparks his attention. But after a month of bliss, they suddenly find themselves in rough waters. When Kyle inherits four oil wells from his uncle, he sees his affluence as an opportunity to impress Gretchen. But just before he makes his move, Gretchen joins a group of campus activists to clean oil from suffering birds in Alaska.
Kyle is torn between managing his business and being left lonely in the Lone Star state--and risking everything to fly to Alaska to pursue Gretchen. Kyle soon discovers that oil slicks are nothing compared to relationships slicks. The early bird may get the worm, but the oily bird can ruin romance!

This is a very good book. Sometimes funny, sometimes serious, Kyle's pursuit of Gretchen takes him to the desert of Texas, the coast line of Alaska, a bed and breakfast in France and a small village in Africa. The whole time Kyle is chasing Gretchen he still has his oil wells and they are causing some trouble with his romance of Gretchen. Along the way Kyle picks up an employee for his oil business, it's his room mate from college, Chin. Chin is in charge of Oil Well Development. Chin's job is to find more oil and get the wells developed. Kyle also gets another employee, Sal, who also happens to be a reformed bookie, who also happens to be a well driller. Sal drills wells at Kyle's site and they get 2 more wells going.
Are you still with me? Well, that's all your going to get as I don't want to let the cat out of the bag and ruin the book for you. If you get a chance to read this book, you'll love it!!
Posted by Sherrie