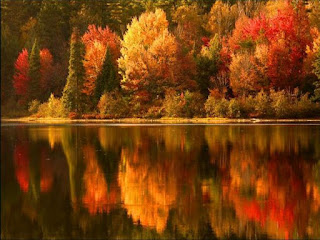 
Seeing as it is the beginning of Autumn, thought I'd see what books were available with the title of Autumn in them and found these three interesting titles.


Synopsis:  "Having spent almost three years in the idyllic village of Nether Monkslip, Max Tudor is well acclimated to his post as vicar at the church of St. Edwold’s.  This quaint town seems to be the perfect new home for Max, who has fled a harrowing past serving in the British counter-intelligence agency, the MI5. Now he has found a measure of peace among urban escapees and yoga practitioners, artists and New Agers. But this serenity is quickly shattered when the highly vocal and unpopular president of the Women’s Institute turns up dead at the Harvest Fayre. The death looks like an accident, but Max’s training as a former agent kicks in, and before long he suspects foul play....."


Synopsis:  It began in Scotland, at an ancient stone circle. There, a doorway, open to a select few, leads into the past—or the grave. Claire Randall survived the extraordinary passage, not once but twice. Her first trip swept her into the arms of Jamie Fraser, an eighteenth-century Scot whose love for her became legend—a tale of tragic passion that ended with her return to the present to bear his child. Her second journey, two decades later, brought them together again in frontier America. But Claire had left someone behind in the twentieth century. Their daughter, Brianna....

Now Brianna has made a disturbing discovery that sends her to the stone circle and a terrifying leap into the unknown. In search of her mother and the father she has never met, she is risking her own future to try to change history...and to save their lives. But as Brianna plunges into an uncharted wilderness, a heartbreaking encounter may strand her forever in the past...or root her in the place she should be, where her heart and soul belong...."

Synopsis - "The year is 1799, the place Dejima in Nagasaki Harbor, the “high-walled, fan-shaped artificial island” that is the Japanese Empire’s single port and sole window onto the world, designed to keep the West at bay; the farthest outpost of the war-ravaged Dutch East Indies Company; and a de facto prison for the dozen foreigners permitted to live and work there. To this place of devious merchants, deceitful interpreters, costly courtesans, earthquakes, and typhoons comes Jacob de Zoet, a devout and resourceful young clerk who has five years in the East to earn  a fortune of sufficient size to win the hand of his wealthy fiancée back in Holland.

But Jacob’s original intentions are eclipsed after a chance encounter with Orito Aibagawa, the disfigured daughter of a samurai doctor and midwife to the city’s powerful magistrate. The borders between propriety, profit, and pleasure blur until Jacob finds his vision clouded, one rash promise made and then fatefully broken. The consequences will extend beyond Jacob’s worst imaginings. As one cynical colleague asks, “Who ain’t a gambler in the glorious Orient, with his very life?”


More books to add to my ever growing wishlist.  Do your own search and see what interesting book you find with the word Autumn in the title. Or try Fall and spend an hour or two perusing some fascinating titles.