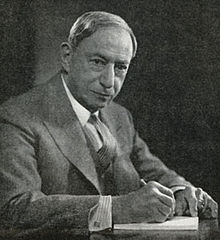 This week, we are celebrating the anniversary of the birthday of Hugo Gernsback who was born August 16, 1884.

Gernsback is lauded as one of the fathers of science fiction. In 1960 he was given a special Hugo Award as The Father of Magazine Science Fiction. The award were unofficially called the Hugo's until the name was officially changed beginning in 1993.

Our Brit Trip is continuing in Lincolnshire. Sir Issac Newton was born and educated in Lincolnshire at Woolsthorpe Manor.  Rabbit trails: Harlaxton Manor/College

Link to your reviews. In the Your Name field, type in your name and the name of the book in parenthesis. In the Your URL field paste a link to your post. If you don't have a blog, leave a message in the comments about your reads.