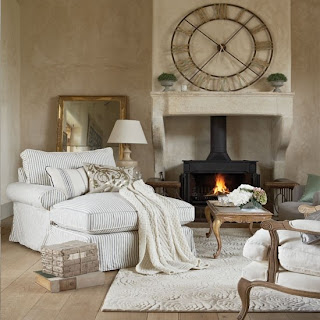 Happy Sunday and Happy Easter to those who celebrate. We've had a restful and relaxing Spring Break and I've been curled up in an easy chair for most of the week with my nose in a book or meandering about the internet.  All those things on my to do list...are still there.  But do I feel guilty about it.  Not in the least.  *grin*  In my meanderings about the interwebz I came across some new releases that intrigued me.


Synopsis:  When beautiful, reckless Southern belle Zelda Sayre meets F. Scott Fitzgerald at a country club dance in 1918, she is seventeen years old and he is a young army lieutenant stationed in Alabama. Before long, the “ungettable” Zelda has fallen for him despite his unsuitability: Scott isn’t wealthy or prominent or even a Southerner, and keeps insisting, absurdly, that his writing will bring him both fortune and fame. Her father is deeply unimpressed. But after Scott sells his first novel, This Side of Paradise, to Scribner’s, Zelda optimistically boards a train north, to marry him in the vestry of St. Patrick’s Cathedral and take the rest as it comes.

What comes, here at the dawn of the Jazz Age, is unimagined attention and success and celebrity that will make Scott and Zelda legends in their own time. Everyone wants to meet the dashing young author of the scandalous novel—and his witty, perhaps even more scandalous wife. Zelda bobs her hair, adopts daring new fashions, and revels in this wild new world. Each place they go becomes a playground: New York City, Long Island, Hollywood, Paris, and the French Riviera—where they join the endless party of the glamorous, sometimes doomed Lost Generation that includes Ernest Hemingway, Sara and Gerald Murphy, and Gertrude Stein.

Everything seems new and possible. Troubles, at first, seem to fade like morning mist. But not even Jay Gatsby’s parties go on forever. Who is Zelda, other than the wife of a famous—sometimes infamous—husband? How can she forge her own identity while fighting her demons and Scott’s, too? With brilliant insight and imagination, Therese Anne Fowler brings us Zelda’s irresistible story as she herself might have told it.

For those who have read F. Scott Fitzgerald's  Tender is the Night , it was written during one of the darkest periods in his life when Zelda was hospitalized for Schizophrenia.  She also wrote a semi autographical book Save me the Waltz while in the clinic which infuriated Fitzgerald because it contained autobiographical material he intended to use  for Tender is the Night.  He forced her to revise it although she did, there are parallels between the two stories regarding their marriage.  It would be interesting to compare the two stories.


Another book that jumped out at me weirdly enough was The Drunken Botanist: The Plants that create the World's Great Drinks by Amy Stewart which lead me to Wicked Plants: The Weed that Killed Lincoln's Mother.  My son and I have had many a conversation about Lincoln's mother and how she died from milk sickness so of course I had to buy it. 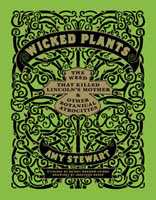 Also being released this week,  from Paulo Coelho, author of The Alchemist is his newest book Manuscript Found in Accra  which I'll be reviewing this week on My Two Blessings on April 5th. 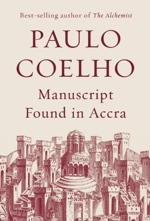 Synopsis:  July 14, 1099. Jerusalem awaits the invasion of the crusaders who have surrounded the city’s gates. There, inside the ancient city’s walls, men and women of every age and every faith have gathered to hear the wise words of a mysterious man known only as the Copt. He has summoned the townspeople to address their fears with truth:

“Tomorrow, harmony will become discord. Joy will be replaced by grief. Peace will give way to war. . . . None of us can know what tomorrow will hold, because each day has its good and its bad moments. So, when you ask your questions, forget about the troops outside and the fear inside. Our task is not to leave a record of what happened on this date for those who will inherit the Earth; history will take care of that. Therefore, we will speak about our daily lives, about the difficulties we have had to face.”

The people begin with questions about defeat, struggle, and the nature of their enemies; they contemplate the will to change and the virtues of loyalty and solitude; and they ultimately turn to questions of beauty, love, wisdom, sex, elegance, and what the future holds. “What is success?” poses the Copt. “It is being able to go to bed each night with your soul at peace.”

Now, these many centuries later, the wise man’s answers are a record of the human values that have endured throughout time. And, in Paulo Coelho’s hands, The Manuscript Found in Accra reveals that who we are, what we fear, and what we hope for the future come from the knowledge and belief that can be found within us, and not from the adversity that surrounds us.


What new books have you discovered lately?

A young woman named Aomame follows a taxi driver’s enigmatic suggestion and begins to notice puzzling discrepancies in the world around her. She has entered, she realizes, a parallel existence, which she calls 1Q84 —“Q is for ‘question mark.’ A world that bears a question.” Meanwhile, an aspiring writer named Tengo takes on a suspect ghostwriting project. He becomes so wrapped up with the work and its unusual author that, soon, his previously placid life begins to come unraveled.

As Aomame’s and Tengo’s narratives converge over the course of this single year, we learn of the profound and tangled connections that bind them ever closer: a beautiful, dyslexic teenage girl with a unique vision; a mysterious religious cult that instigated a shoot-out with the metropolitan police; a reclusive, wealthy dowager who runs a shelter for abused women; a hideously ugly private investigator; a mild-mannered yet ruthlessly efficient bodyguard; and a peculiarly insistent television-fee collector.

A love story, a mystery, a fantasy, a novel of self-discovery, a dystopia to rival George Orwell’s—1Q84 is Haruki Murakami’s most ambitious undertaking yet: an instant best seller in his native Japan, and a tremendous feat of imagination from one of our most revered contemporary writers.